Dice, Cards, and Probability part 4 More than one dice

In this Dice, Cards, and Probability Series
In Part 1, I looked at probability, notation, number of occurrences.
In Part 2, I looked at linear die/dice (single) results
In Part 3, I looked at the d12, rolling over, rolling under, modifiers, target numbers, difficulty, proficiency, and values

More than one dice

Comparing the 1d12 flat probability to multiple dice, a dramatic shift in shape and probability results from adding more dice. 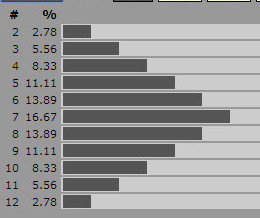 2d6 is an extremely popular system at the moment. 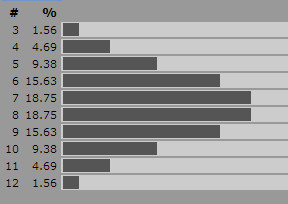 This probability is more round. 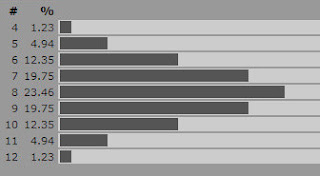 This is the basis for Fate and Fudge dice systems. This is a steep bell shape.

This is a popular cinematic system, the current edition is the third edition. It is based on 4dF dice which have a -, +, and 0 sides meaning -1, +1, and 0. Because of rolling four dice, the results are a curved probability of -4 to +4 with the center 0 being the most frequent result.

Comparing the four dice that max at 12 result

Of course, the more the dice the higher the initial number, effectively squeezing the available results narrower. 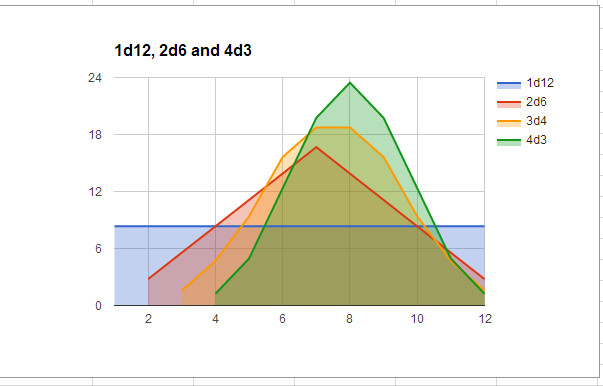