For another series, I wanted to focus on how gamer developers have made the decision to record statistics such as attributes, skills, advantages/gifts, and disadvantages - the modifiers related to characters directly. The actual numbers (values) will not be considered, which are being looked at the Dice, cards, and probability series. However, formulas that show how they interact with each other will be examined. The post will not look at situation modifiers - modifiers related to influences outside the character or due to the environmental situation.

As foundation, first looking at the terms and concepts will first be analyzed. Then formula variations of the elements effecting performance are listed. Finally, a model showing the relationship of popular attributes is presented.

attribute - normally represent innate or inherent features and characteristics of the nouns being considered, that cause something else to perform in a certain manner.

skill - an ability, which can be learned, to do something well.

Several variations of which and what factors affect character performance depend on which of the above elements are available in a given game system.

This model I present as a means to show attributes used in different RPG game systems. I have color coded the areas of life using primary colors of red, blue, yellow, and plus white. Secondary colors are used for resources for those areas of life, which are connected to and touching the other attributes of the area in green, purple, orange, and magenta.

Grey is used for defense and aqua for luck.

I have place the attributes in columns.

The first column in the circle is an overall rating for level or challenge rating. In a few games, this is the only statistic which represents the character's entire abilities and power.

The second column in ovals breaks the overall rating down to body, mind, soul, social, defense, and luck. Not all games use all of these. Some use only three and then derive the others from the three.

The third and fourth column in parallelograms lists some names for attributes and alternative names.


The fifth column in squares lists approaches from FAE which describe "How" something is performed. 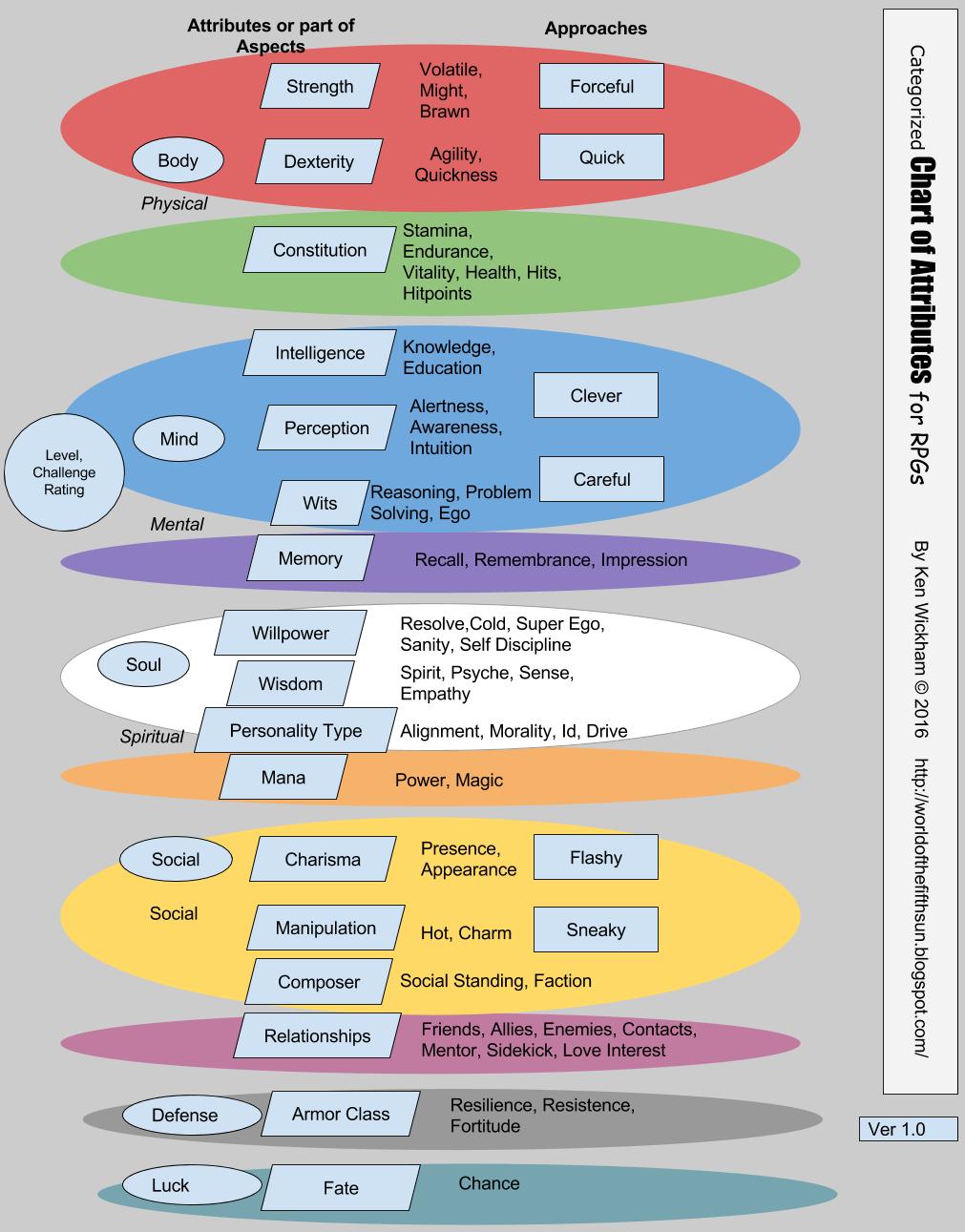