In the first tutorial in part 1 (here), I showed you how to find a map, record the seed #, change the water and ice levels, make layer, and make 3D top perspective maps using GIMP.

In part two (here), I showed you how to use that seed and find different types and views of maps.

In order to use this map, you will need to save the GIF as a JPEG as well to use in the next step. Open the GIF of greyscale in a basic image program such as Paint, and save it as a .jpg or jpeg type image file.

With this map, we can turn the greyscale map into a 3D map much like we did in part 1
1. Open the JPEG version of the map using GIMP.


3. Make sure first that the Bump Map is the same map as your current map. When working with several maps, it may show another map as the bump map source. In those cases, the bump texture won't match the the actual picture.

Azimuth changes which direction the sun is coming from and the opposite side will cast shadows. You can see

4. Save this map. I normally call it the name_of_the_world_3D map. 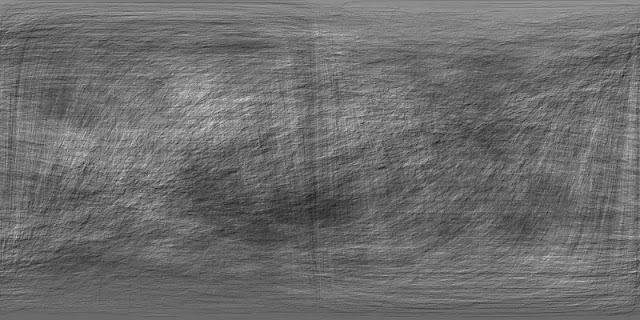 If you notice the map now, there is definitely elevation texture. It is missing however color and water. For that, we can layer the Plain map over this texture map. 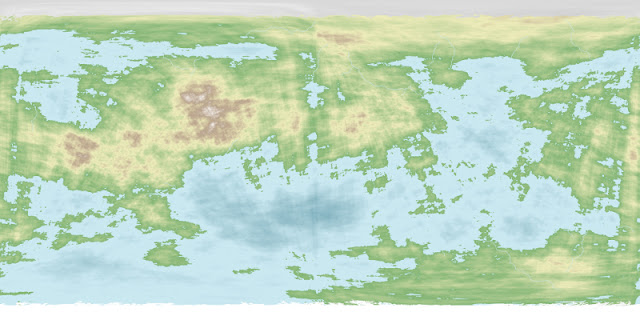 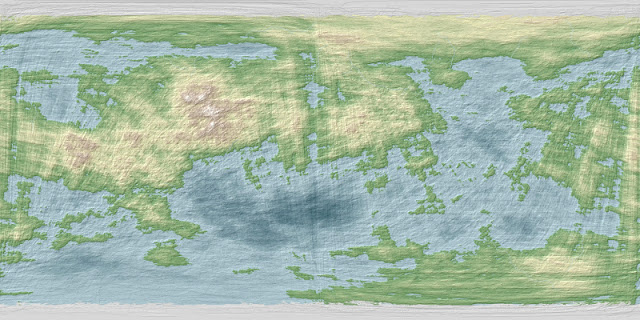 Now to check the map, I zoomed into the mountains in the central region of this map. 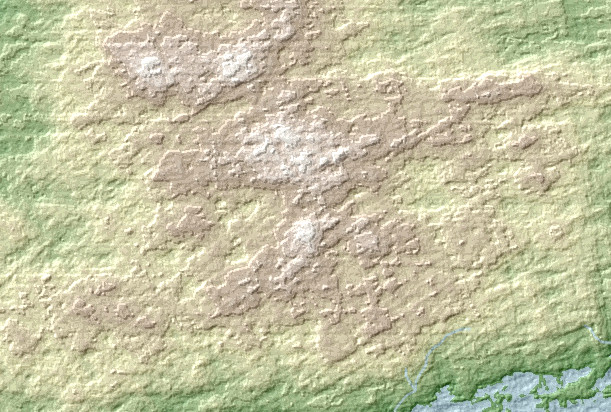 This is coming out very nicely, Notice the water of the ocean and the large river water on up to the highest snowcapped peaks. I sharpen the map for my own eyes since this closeup looks kind of blurred to me. 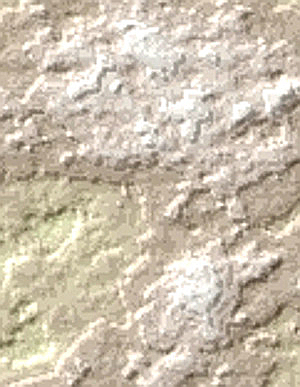 From that plain color picture and the greyscale map, we have made a map that shows individual mountains, hills, valleys, together with shadows. The sun is coming from the northwest corner as set in the azimoth setting for this picture.

Here is the North Pole view using the same method.

The originals that were saved were GIF format.

I found that the some maps need to be JPG. Some of the maps are GIF and need to be converted to JPG first. Otherwise the GIMP Bump function doesn't work. 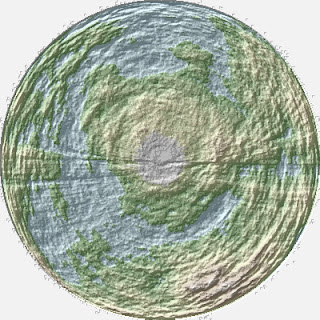 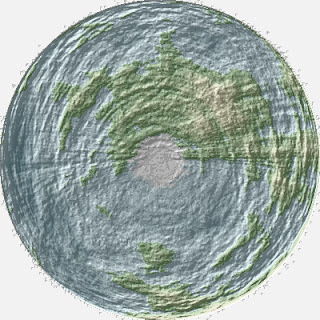 A close up of the North Pole 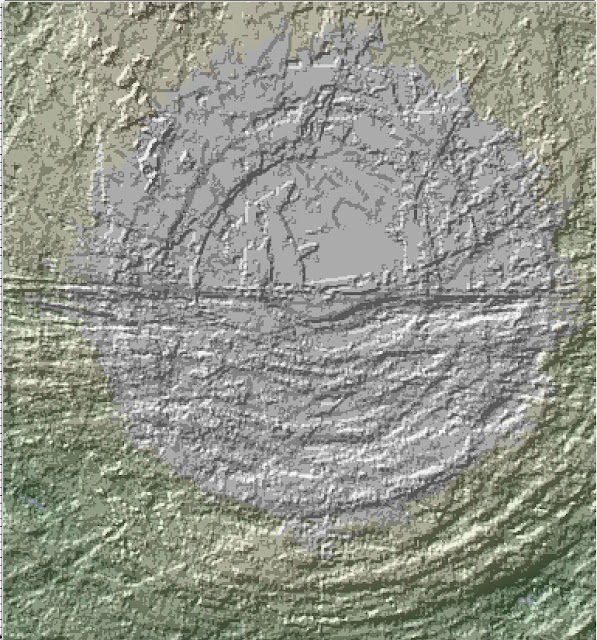 A close up of the South Pole 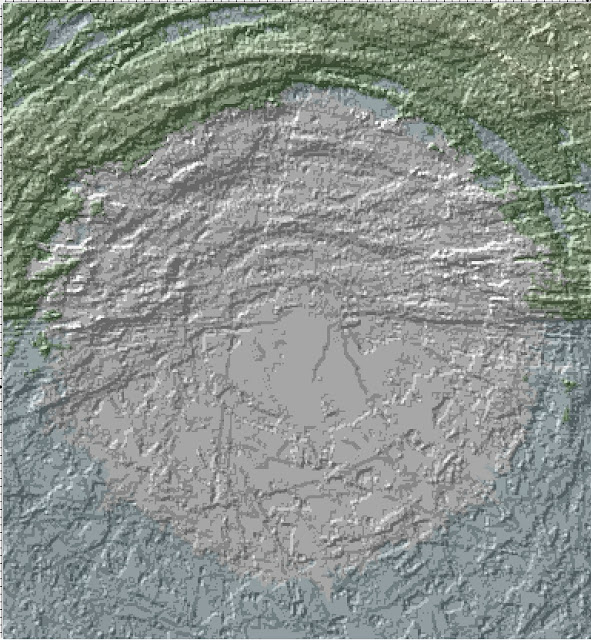