Using some new techniques to bring out an interpretation of a region.


These were the original ones that I had been using. 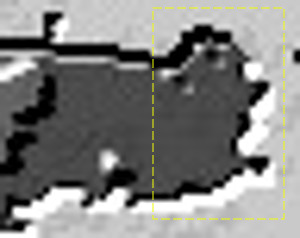 This one was my best one using the 3D method. Notice that only two depressions are shown along the upper northern shore. I have outlined in yellow dashes the area of the closer map. The only hills that can be seen are off of the map. 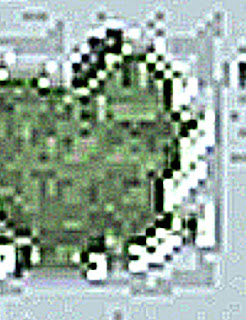 This was another version of the map, which I call the Bump map. It is a little more helpful but only on a large area scope.

New technique. I don't know the resolution of the elevation changes for this next technique. I am excited about it.


I came across this technique accidentally, when trying some editing techniques on a different area of another map. When I saw what emerged, I was very pleased and excited.

The other way that I had found to bring out similar data did not show this degree of detail. This would all be flat using that other way. An early attempt showed too much chaotic information and was unusable.

This has my interpretation of hills from this region in sort of a semi-isometric type drawing, drawn in the water and numbered to corresponding areas on the map. The round areas that the rivers or streams pass through are most likely lakes 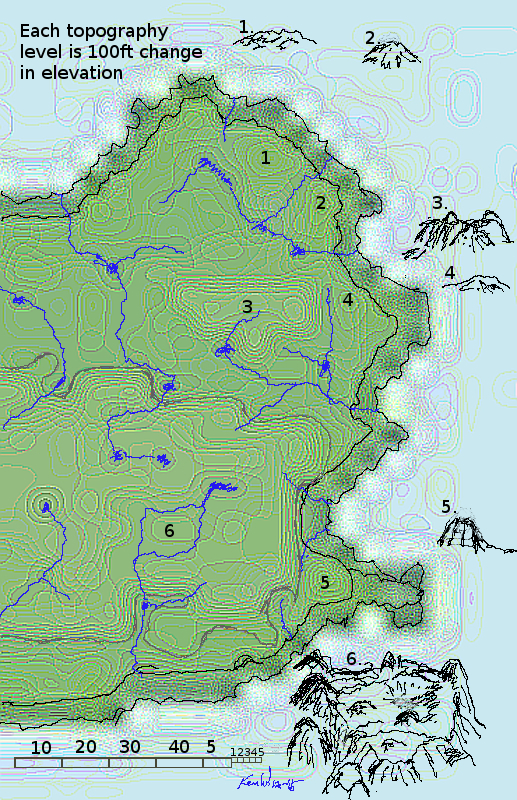 Using this new technique of revealing the fractal world map, I can actually see the smaller hills and pathways for smaller rivers.

The two indentations from the 3D map seem to be part of a series of depressions which I interpret as lakes joined by a river, which may even split into two.

Maybe. I will have to compute the actual amount by counting the rings up to the registered hill amount  and peak amounts in the world. How many rings equal one macro level elevation change using the old method.