Today I worked on this campaign guide which I hope to get closer to being finished. I want to release a generic mostly text OGL version of the region first. And then I will probably try to add story material, draw some pencil sketches, and flesh out story plots to make a paid version of the same material, which has material not found in the OGL version.

I don't have a ETA on this regional guide.

Here are two screenshots of my working copy. 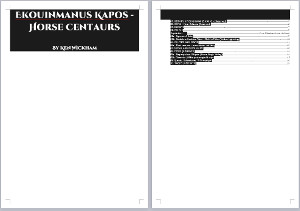 Finished so far are: 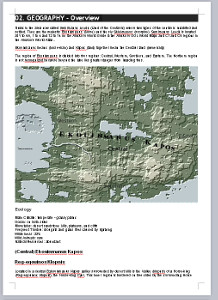 My plans to complete: